The lovely Isabelle from The Book Dutchesses tagged me to do the Tropes Books tag for which I am very thankful. I loved reading her article – click HERE to read it yourself as well – and was excited to write it myself.

This tag is about characters who (almost) ruined a series for me, favorite villains, badass female characters and much more. Curious to see how I think about it all? Read on…

Such a fun but hard one to start off with haha! On Melissa’s Bookworld I’ve done a RIP IT or SHIP IT tag once and I loved doing that one! You had to pick two character names while not seeing which ones you choose – the names are written down beforehand – and you mesh the two names you picked together and decided if you rip them or ship them.

But with this one, I had to come up with two characters myself while shipping them beforehand so that’s a bit more difficult because obviously, at this point, I can’t come up with anything…stupid brain

Damsel in Distress:
Name a female MC who didn’t need a man to complete her

Well, I actually don’t really like this one hahaha. I am a romantic at heart and I always love to see those HEA’s happen in a book I’m loving. I love seeing my favorite characters end up with other lovable characters and seeing them fall in love haha. And I think characters can be in love, complement one another and be an independent and strong MC at the same time like say…

Penryn for example from the Penryn and the End of Days trilogy by Susan Ee. She is such a strong and feisty character and she goes above and beyond for her family without having a significant other on her side. If she’d never met Raffe, she would’ve done fine on her own I believe – they do spend quite some time apart during the second book for example so we know for a fact she is capable of handling things on her own. But well… he’s Raffe and I love him so so much, so I ship these two so HARD anyway haha. But Penryn remains a strong character on her own as well even with Raffe on her side, so I guess she suffices as an answer here, lol.

Ehm, well… Do you have a couple of days you could devote to me, lol? The list is endless since I fall in love with characters so easily, lol. And since I’m a romantic at heart, I always love seeing characters ending up together romantically, so I.SHIP.A.LOT, which means I have a lot of OTP’s because I hate choosing between my favorite ships. My most favorite ones are;

Guys, I just can’t choose… There are so many I still want to add to this list, lol.

Mental Illness as a Quirk:
Name a book that represented mental illness well

Well, this is a tricky one since there are many books in which mental illness makes an appearance nowadays since there are, THANKFULLY, more and more people talking about it – even though society worldwide still shuns talking about mental illness a lot, which sucks so frigging bad I think but that’s a whole other discussion haha. In some books on a much larger scale present than in others. I don’t particularly read books that focus entirely on mental illness when it’s the trope of the book you know?. But I have read quite some books in which depression, anxiety and those issues were present in some form, but in those reads, it’s not the main focus of the story most of the time which is okay for me.

Since I’ve battled depression for years myself – and sometimes it resurfaces still but thankfully I’ve gotten myself off of the extremely dark path I was on – and suffer from sometimes severe (social) anxiety still, I’m not always in the mood to read books that represent mental illness because it’s too ‘depressing’ for me you know? Especially the ones that don’t get a happy ending. And I know how important it is for people to read more about it, especially people who haven’t experienced things like depression themselves often tend to just clash with people who have experience with it and it’s mostly just because of the unknown and I think publishing books about it helps a lot. I get too emotionally attached and that just doesn’t end well for me when the book doesn’t get a happy ending.

But there have been books in which I really liked – liked being a strange word here actually. ‘I was being Interested’ is a more sufficient way to go at it I think? – reading about the mental illness issues in the book and that has had a huge impact on me in a positive way when reading them. For example: 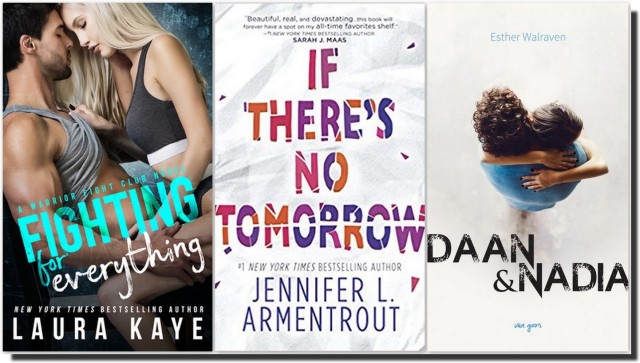 Those are the books that stuck with me most. I’ve had some books on my shelves before like the Jennifer Niven book, All the bright places, but I got rid of it before reading, because I felt like that one would be ‘too much’ for me to handle at the time when I still had it on my shelves and was thinking about keeping it or getting rid of it. Maybe I’ll get back around to reading them someday, who knows.

I do plan on reading more books focusing on mental illness. I’m really curious about some books that have characters in them who suffer from anxiety issues. If you have any recommendations on this, let me know 🙂

The Chosen One:
Name a main character that did (or almost did) ruin a series for you

At first, I wasn’t sure yet which character I’d choose here but then I came up with one: Mare from the Red Queen series by Victoria Aveyard. I loved reading the first book and I was addicted you could say. Putting in a pre-order for Glass Sword was a given but then I started reading it and I was so flabbergasted as to the turnabout this character went through. From thinking she was a great character in the first book, I got really annoyed with her when reading the sequel. But… I haven’t finished reading book 2 yet – at that point I was so annoyed with Mare that I just DNF’ed it, oops – so I’m not sure yet if I’ll remain feeling about her this way since I want to re-read book 1 and 2 and see if it was just my mood at the time or if I still feel the same when re-reading it all, in which case I’m going to sell my books at some point. But before that happens, I’m curious to find out if she can redeem herself in my opinion haha.

Friends to Lovers:
Name a duo that went from friendship goals to relationship goals

My favorite friendship to relationship goal is at this moment: – because how could I not answer this when reading the book atm? Emma Carstairs and Julian Blackthorn from the Dark Artifices trilogy by Cassandra Clare.

Friends to lovers romance is always a good one because most of the time there’s already a palpable connection between the characters present which only grows deeper then. Especially when you’re reading a Cassandra Clare book in which there’s extended writing present, meaning there’s a firm base written into the relationship between these characters throughout the books she’s published. We got to meet these two characters in particular, in City of Heavenly Fire (book 6 of the Mortal Instruments series) when they were only 12 years old and at that point have been best friends for years already. And now, in their own book trilogy, they’re 17/18 years old and have grown so much in their friendship relationship while developing romantic feelings throughout the years as well that they’ve kept hidden. I love love loooove how Clare wrote this friends-to-lovers romance even when it’s a forbidden-romance as well. What makes this friends to lovers romance so beautiful to me is because the Friendship that was there long before the romantic feelings, was already developed to perfection I think. Adding the romance to it, a forbidden one at that is the cherry to the cake!

Amnesia:
Name a book you would forget for one reason or another

I’d go with Harry Potter and the Sorcerers Stone just so I could read it again for the very first time. Okay, so maybe it’s a cliché answer haha but how awesome would it be to get acquainted with this world for the first time all over again? There’s nothing better than falling in love with a fictional world, especially when that particular world has come to mean so much to someone.

O I can quick about this one haha. I recently published a Top Ten Tuesday article, telling you all about my bookish and movies/tv series villains.

Missing Parents or Adults:
Name a book that could’ve benefited from a bit of parental guidance or adult supervision

Damn, this is a hard one really. I mean, I read a lot of Young adult books and in most of them, there isn’t often any parental/adult supervision present so I could choose a lot of book/series here that fit the bill but apparently, it’s really hard still to come up with an answer hahaha. I give up on this one, sorry folks!

And of course, If I haven’t tagged you and you like to do this tag as well, feel free to do so!

What book would you want to forget for one reason or another?

I hope you liked reading my Tag article today and that you have a lovely day. 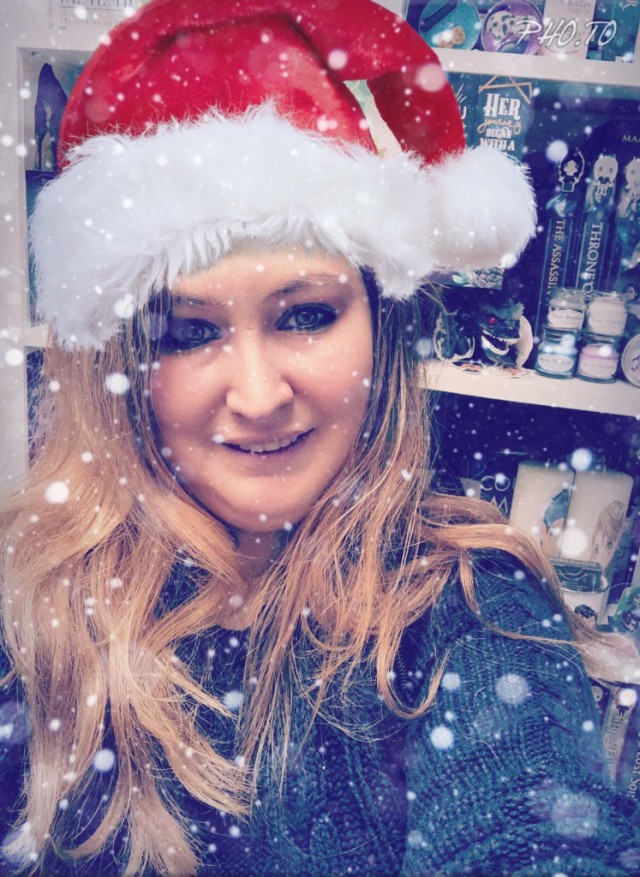